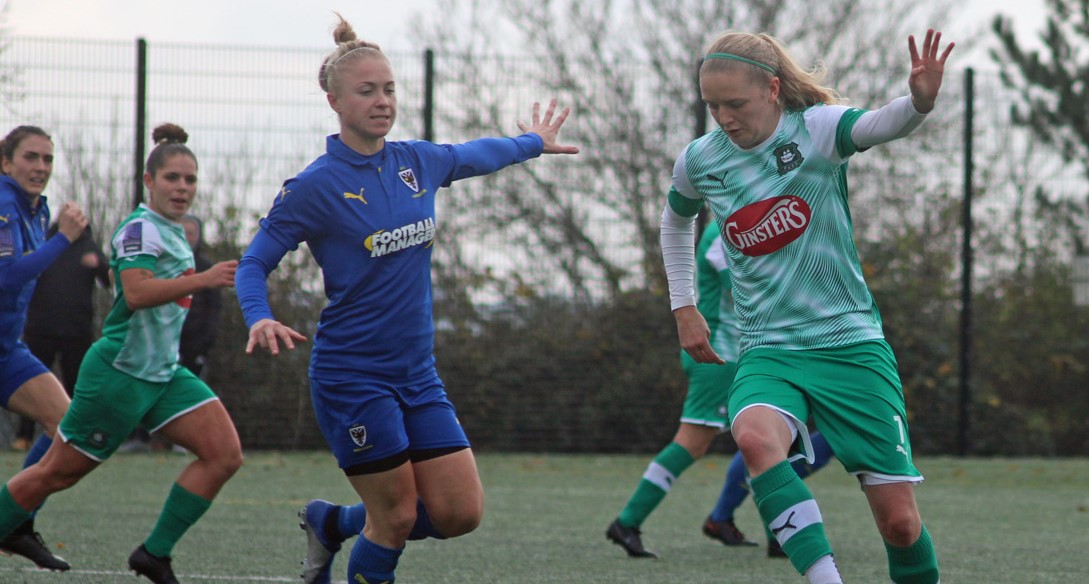 Plymouth Argyles determination to win back promotion to the Premier League Southern Division has been given a huge boost by the re signing of former Pilgrim striker Natasha Knapman. Argyle started the season with a great 6-1 victory at Shanklin and are looking to carry on that good form when they face St Nicholas at Elburton Villa FC on Sunday for a 2pm kick off. The signing of Knapman means Argyle have bolstered there already terrific fire power. Knapman who turned 25 on Monday first came to prominence at Totnes & Dartington and signed for Argyle in October 2009. She was the Premier League Southern Division top scorer in 2012 with 14 league goals. During this time the striker moved to Exeter City where she once again began scoring goals at will.

Knapman who works as an activity instructor at the Ashcombe Adventure Centre then got her big break by joining Super League Two outfit Yeovil Town ahead of thier 2015 season. Her first season saw her continuing to score goals but this season despite playing 14 games she has only managed to get on target once. With more strikers joining Yeovil, Knapman has felt that she is dropping down the pecking order.
Argyle manager Dave Leonard said: ‘I think this is great signing and will definitely boost our squad. We have got to the stage now where everyone one is fighting for their place which is a good thing.’ Adding: ‘Watching her (Knapman) in training you could see she has class and once fit will be a great assert.’ Leonard also confirmed that the new reserve team who will be competing in the Westward Developments Devon League Premier Division this season will be playing Lakeside in their first friendly of the season on Wednesday at Ivybridge College. Leonard felt that the club now has a clear path for the youngsters to work their way through the system in the next twelve months.
Argyle will field an almost a full squad for Sundays Premier League South West Division One match against St Nicholas. The only absentee being Amber Pollock.
ARGYLE BOOST STRIKING OPTIONS